I've been diving for many years although these days I can normally be found behind the counter in the shop... the last place I want to be!
Now almost always using my Rebreather when I dive. Service Technician for most Manufacturers.

The Food & Beer sign in the photo is no accident...

Alison started diving with us in 2005 and has been on just about every trip we've done since. Alison completed her Divemaster rating and there's no stopping her now!

Having sworn that DM was it, Alison has now completed her AI Rating - surely Instructor must be next!

Andy Maher or Mahem to those of us who played Rugby at Cuthroat Lane, has now completed his Divemaster certification.

Andy is a regular at training sessions and social events!

Bryan, or Stickers as he is known to everyone, especially the X-Box brigade, has also been hanging around for over a decade. One of our home-grown Instructors, he completed his Open Water Course back in 2001.
Almost impossible to wind-up he's always here to help out with training at DIVE Northampton.

Bryan is also a Service Technician for most Manufacturers.

Cara has been floating about with us for years now and is a regular fixture on most of our trips - especially the UK coastal ones. Cara completed her Divemaster Course and continues to organise trips around the UK.

She has since gone on to complete her AI Rating and her EFR Instructor certification and is our resident Eco-Warrior! 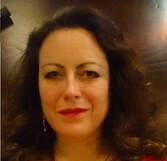 Lou has been diving for ten years (mainly with her partner in crime Stuff), and teaching for seven. She is also a First Aid at Work instructor and loves nothing more than a hearty conversation about Defibs and bandaging.

When she isn't teaching (or working) she can be found roaming the globe investigating new dive sites. 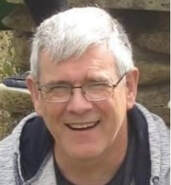 Pete, or Pedro as he is known, does just about everything that happens in the water.

From Scuba to Swimming, Sailing to Power Boating, Pete has instructed many different water sports.
Pete started using Scuba in the early 1980’s, becoming a diver in 2000 and an instructor in 2006.

Richard, or Stuff as he is known to everyone, has (along with his good lady Lou) been diving for ten years and teaching for seven. He has a particular fondness for teaching open water divers taking them from the unknown to a whole new world.
​
Along with Lou, in his spare time Stuff can be found roaming the world looking for pretty fish. 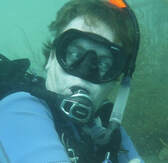 Steve is a regular feature in the training pool and at Stoney Cove.

​Diving since 2007 and teaching since 2011, Steve is a Specialty Instructor and Assistant Instructor Trainer working towards Master Instructor. Happiest when underwater teaching everything from Try Dives to Instructors. 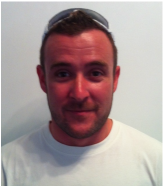 More usually found sliding on a Tea-Tray down a snowy slope, Tom is a Snowboard Instructor as well as a keen diver. After only completing his Open Water training in 2013, Tom is pushing on with his diver training.

Tom completed his Divemaster course in late 2015 and is continuing to develop his Professional diving skills.
Alan Murphy - Divemaster 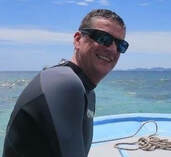 Alan also known as Bob, joined Dive Northampton in 2011. He has gone on to complete his  divemaster rating in 2016 and has become a regular member of the team.

Alan seems to spend all his time either working or diving.